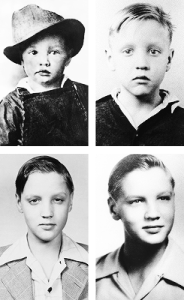 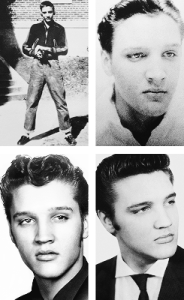 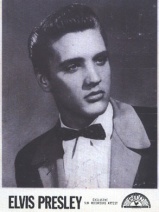 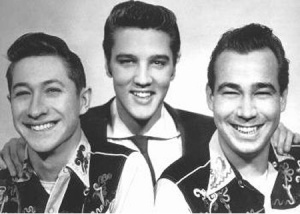 With Scotty and Bill Elvis performed the two songs they know well enough to play in front of an audience: Thats All Right and  Blue Moon Of Kentucky

Elvis spent the evening at various nightclubs in Biloxi. 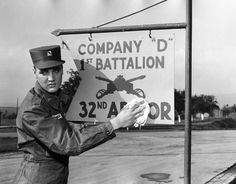 The Progress from Clearfield, Pennsylvania on July 17, 1958

The Presleys live in  a rented house off base with his parents, his grandmother Minnie, cousins Gene and Junior Smith, and friend Lamar Fike.

Billie Holiday died in a New York City hospital from cirrhosis of the liver after years of alcohol abuse, aged 43. (While under arrest for heroin possession, with Police officers stationed at the door to her room.) In the final years of her life, she had been progressively swindled out of her earnings, and she died with $0.70 in the bank.

Motown Records releases The Supremes‘ second single, “Buttered Popcorn” with “Who’s Loving You” on the flip side. The record, featuring Florence Ballard on lead vocal, would be a total flop.

Elvis Presley’s single “She’s Not You” was released with the B-side “Just Tell Her Jim Said Hello.” 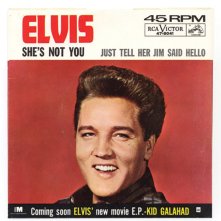 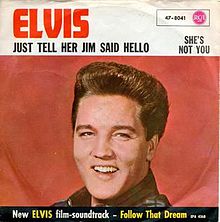 In Los Angeles, Frank Sinatra recorded “Softly, As I Leave You.”

The Miracles‘ “Tracks of My Tears” is released. It will reach #16 in the US and #9 in the UK and sell over a million copies.

The Elvis Presley single “It Feels So Right” hit #55 in the U.S. 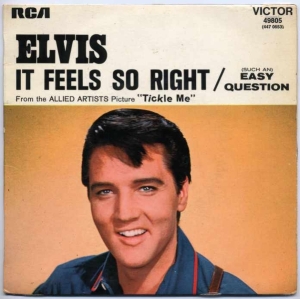 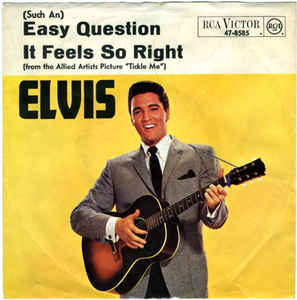 The Beatles single ‘All You Need Is Love / Baby You’re A Rich Man’ (originally called ‘One Of The Beautiful People’) was released in the US. It became The Beatles 14th US No.1. During the ‘live’ recording of “All You Need Is Love”, John can be clearly seen chewing gum while singing the lead vocal.

Jimi Hendrix either quit or was fired as the opening act for the Monkees’ US tour after only five days. Mickey Dolenz later recalled, “Jimi would amble out onto the stage, fire up the amps and break out into ‘Purple Haze’ and the kids in the audience would instantly drown him out with ‘We want Daaavy!’ God, was it embarrassing.” Hendix’s replacement was Vanilla Fudge.

The animated film Yellow Submarine, premiered at The London Pavilion. The Beatles made a cameo appearance in the film but didn’t supply their own voices for the characters.

Elvis in the driveway of his Hillcrest home leaving for rehearsal at RCA Studios. 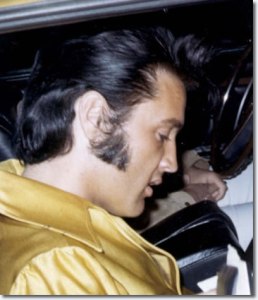 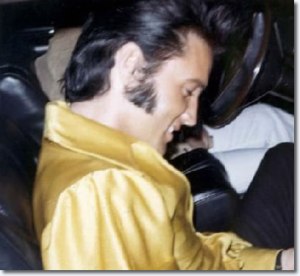 That’s the Way It Is Production – Elvis flew to Palm Springs for a five-day break.

John Lennon and Yoko Ono appeared on the BBC late night talk show, Parkinson, where John chastised the British media for calling Yoko “ugly” and for saying that she broke up The Beatles.

A bomb exploded under The Rolling Stones equipment van in Montreal, believed to be the work of French separatists. Angry fans rioted throwing bottles and rocks after 3,000 tickets for the show turned out to be fake.

Elvis was back in Los Angeles where he remained until the 20th. 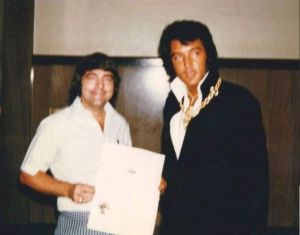 With Jimmy Velvet at the Shelby County Sheriff’s office in Memphis getting deputy badges on July 17, 1973 – Photos taken by Vernon Presley

two different posts about the same guy – he was an Elvis superfan and a minor celeb.

He hung around the Elvis circle and was not part of the Memphis Mafia and he spent more of his life promoting Elvis than himself.

The Moody Blues opened what they claimed was the first ‘Quadraphonic’ recording studio in the world.

Elvis remained in Memphis for the rest of the month,

The album “From Elvis Presley Boulevard, Memphis, Tennessee” hit #41 in the U.S, and was certified Gold on October 10, 1977 by the RIAA. 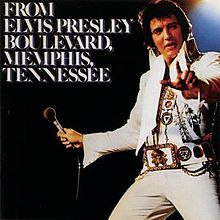 Elvis in Vegas, under Dr. Ghanem’s “care” – 14 to 21st an induced coma at the doctor’s house for weight loss.

Elvis upstairs at Graceland to the balance of the month

James Brown was honored by the state of Georgia for his comeback after a two-year prison term. The proclamation cited the Godfather of Soul for his “unique brand of Funk.”

10 Memorable Covers Of Elvis Presley’s “Can’t Help Falling In Love”
‘Heartbreak Hotel’ skims surface of Elvis Presley’s meteoric rise to fame
Chicago Sun-Times–16 hours ago
Starring as Elvis, Eddie Clendening (he portrayed Presley in the initial Chicago run of “Million Dollar Quartet”) has the voice and mannerisms of …
Vegan activist played Elvis Presley music to reassure piglet he had stolen from Leicestershire farm – Leicestershire Live Leicestershire Live · 11 hours ago
Vegan activist, 23, who stole a piglet from a farm and soothed it with Elvis songs is spared jail
Daily Mail · 6 hours ago

Duane Eddy performs “Puddin’ and Trash.” Nino Tempo and April Stevens sing “I’m Sweet On You and (I’m/We’re) Think Of You.” Actress Jocelyn Lane is interviewed by Mr. Dick Clark about The New Elvis Presley Allied Artists Motion Picture of “Tickle Me” and A phone call from disc jockey name “Kelly” (Tim Kelly?) of KDWB radio, Minneapolis-St. Paul by the way of KMSP-TV ABC 9.