Give us this day, September 26, our daily Elvis

Emile Berliner, a 36 year old German immigrant living in Washington DC, applies for a patent on his invention, the gramophone. The machine was the first to play flat discs as opposed to Thomas Edison’s wax cylinder apparatus. The patent would be granted in November.

Operations began at Chicago’s new Galvin Manufacturing Corporation, where work would take place on the first mass-produced, commercial car radio. In 1930, Galvin would introduce the Motorola to the Radio Manufacturers Association’s annual meeting in Atlantic City. .

American blues singer Bessie Smith died aged 43 after being involved in a car accident while traveling along Route 61 outside Memphis, Tennessee. Her 1923 song ‘Downhearted Blues’ was inducted into the Grammy Hall of Fame in 2006.

Elvis worked for MARL Metal Products, a furniture manufacturer – He worked the 3:00 PM – 11:00 PM shift as an assembler.

Fats Domino‘s version of “Blueberry Hill” enters the Billboard Pop chart where it will reach number two. The song had been written in 1940 and was recorded by several artists including The Glenn Miller Orchestra who took it to #1 in 1941.

Elvis drove to Tupelo with Nick Adams.- Elvis was late and missed the parade.

Elvis performed at the Mississippi Alabama Fair And Diary Show,  Tupelo Fairgrounds where as a 10 year old, he’d placed 5th in a talent contest.

The classic image of Elvis and a stage shot showing Nick Adams, who was an opening act doing impressions of other celebs at the side of the stage: Elvis wore a velvet shirt, made for him by Natalie Wood’s dressmaker.

The show was filmed by Fox Movietone News, but the bad audio made it almost a “silent” movie, and is the only professionally filmed 1950s concert of Elvis.

His Parents and Barbara Hearn, the last girlfriend who knew him before famous, also attended –

Nick and Elvis between shows.

‘Elvis at the Mississippi-Alabama Fair and Dairy Show: September 26 …

Tammy Wynette, at the age of 14, watched the show from the first row.

Today in Elvis World: Tupelo’s Own!

Bitsy And The King: Tupelo’s Savery Was A Friend And Host To Elvis …

#MusicMoments | Elvis Presley Onstage at the Fairgrounds in Tupelo …

The classic musical West Side Story opened at the Winter Garden Theatre in New York City.

Elvis and some friends spent the evening at the Fairgrounds, attracting a huge crowd.

USS Randall on the Atlantic Ocean – Bunkmate: Charlie Hodge until Oct 1 In Germany

Connie Francis becomes the first female singer in the Rock and Roll era to have two consecutive number one singles when “My Heart Has a Mind Of Its Own” went to the top of the Billboard chart. It followed “Everybody’s Somebody’s Fool”.

The Greenbriar Boys started a two-week residency at Gerde’s Folk Club in New York. The opening act was Bob Dylan.

It Happened at the World’s Fair

Herman’s Hermits were at the top of the British singles chart with “I’m Into Something Good”, the group’s only UK #1. The song was recorded earlier in the year by Earl-Jean McCrea, who had been the lead singer of the R&B vocal group The Cookies. Her version peaked at #38 in the US.

Roy Orbison‘s “Oh, Pretty Woman” reaches the top of the Billboard Hot 100. It would be the last of a string of nine straight Top Ten records for The Big O. The title was inspired by Orbison’s wife Claudette interrupting a conversation to announce she was going out; when Orbison asked if she was okay for cash, his co-writer Bill Dees interjected “A pretty woman never needs any money.”

The Rolling Stones released the single “Time Is On My Side”.

the Kinks debuted on the U.S. chart with their first single release “You Really Got Me”.

Elvis and the whole caravan left for Hollywood.

Queen Elizabeth II presented the Beatles with the Order of the British Empire. The award had been recommended by Prime Minister Harold Wilson who explained, “I saw the Beatles as having a transforming effect on the minds of youth, mostly for the good. It kept a lot of kids off the streets.”  The Fab Four, who reportedly got high in a bathroom before the event, were said to be delighted, but many older and more conservative previous honorees returned their awards in protest.

At the end of a European tour Roger Daltry knocked out Keith Moon resulting in the singer being sacked from The Who. The band were playing two shows in one night in Denmark, when an argument broke about between all four band members. Daltrey was reinstated the following day.

Dusty Springfield enters a recording studio in Memphis to lay down tracks for what will prove to be the critically acclaimed LP “Dusty In Memphis”, which will include her US #10 hit, “Son Of A Preacher Man”.

Brian Jones of the Rolling Stones was found guilty of  possession of marijuana by a jury at the Marlborough Street Magistrates Court.

Elvis went to the Memphian, like almost every night for this period in Graceland. He was accompanied by Priscilla, Sonny West, Gee Gee Gambill, Charlie Hodge and Lamar Fike.

They watched The Thomas Crown Affair, with Steve McQueen and Hang ‘Em High, with Clint Eastwood.

The Beatles release their 13th album in the UK, “Abbey Road”, which debuts at #1 and will stay there for eleven straight weeks. It is issued in the US a week later and will top the Billboard album chart for twelve weeks. It has since gone on to sell over 31 million copies world wide. The album cover, showing the band crossing the street just outside the recording studio, will become one of the most imitated in recording history. The zebra crossing itself has become so popular with Beatle fans, it has its own webcam.  In their interviews for The Beatles Anthology, the surviving band members stated that, although none of them ever made the distinction of calling it the “last album”, they all felt at the time this would very likely be the final Beatles product and therefore agreed to set aside their differences and “go out on a high note”.

Tamla-Motown Records announces that The Jackson 5 sold 10 million singles world wide in nine months with “I Want You Back”, “ABC” and “The Love You Save”.

Pink Floyd performed at the Electric Factory in Philadelphia, Pennsylvania in the opening show of their Fall tour of North America.

John Lennon releases “Walls and Bridges”, an LP that will prove to be his last album of new material for nearly six years. It will reach #1 in the US and #6 in the UK.

The Rocky Horror Picture Show opened in theaters.  Movie-going would never be the same.

U2 had a concert in the Cedar Ballroom in Birmingham, England.

Hall And Oates‘ “Private Eyes” LP enters the Billboard chart. The album will go Platinum and contains two #1 hits: “Private Eyes” and “I Can’t Go For That”, as well as the Top Ten hit “Did It in a Minute”.

Paul Anka received a star on the Hollywood Walk of Fame at 6840 Hollywood Boulevard.

Michael Jackson started a six-week run at No.1 on the US album chart with ‘Bad’. Released nearly five years after Jackson’s previous studio album, Thriller, Bad, went on to become the world’s best-selling album having sold between 30 to 45 million copies worldwide. The album produced five US No.1’s, the first album to do so.

Nina Notes: Elvis was a singles artist era, when the hit singles became LPS, rather than an LP Spawning singles.

Whitney Houston started a two week run at No.1 on the US singles chart with ‘Didn’t We Almost Have It All’.

Paul McCartney started his world tour at The Drammenshallen, in Drammen, Norway. It was McCartney’s first major tour outing in ten years, since Wings UK Tour 1979, and his first appearances in North America in thirteen years.

Prince slipped and pulled a ligament onstage in Atlantic City, New Jersey, forcing a postponement of the remainder of his U.S. tour.  After recovery, Prince resumed the tour on October 17.

MTV Russia debuted at midnight. The first video shown on the network was Mumiy Troll’s “Vladivostok 2000.”

The Dixie Chicks landed at #1 on the Album chart with Fly.

The Elvis Presley compilation “White Christmas” was released on CD.

English singer, songwriter Robert Palmer died of a heart attack aged 54 in Paris France. He was a member of Vinegar Joe and Power Station (with Duran Duran members Andy Taylor and John Taylor with drummer and former Chic member Tony Thompson). As a solo artist had the 1986 US No.1 & UK No.5 single ‘Addicted To Love’ and the 1988 hit ‘Simply Irresistible’.

A report published on requests by artists to venues of their backstage requirements revealed; Limp Bizkit insisted that all the lamps in their rooms be dimmable while Mariah Carey would only have ‘bendy’ straws as she will not use straight ones. Van Halen insisted that back-stage celery is trimmed and not peeled. The Red Hot Chili Peppers asked for a meditation room and a selection of aromatherapy candles. Barry Manilow requested that the air temperature in the auditorium be kept at a regular 65 degrees.

A charitable foundation set up by Shakira donated $40 million (£19.6 million) to help victims of natural disasters. The money would go towards repairing damage caused by an earthquake in Peru and a hurricane in Nicaragua. A further $5 million (£2.46 million) would be spent on health and education in four Latin American countries.

Following five months of testimony, a mistrial was declared in the murder case of music producer Phil Spector. After deliberating for twelve days, the jury told Superior Court Judge Larry Paul Fidler that they were deadlocked 10 to 2 on whether Spector murdered actress Lana Clarkson more than 4 1/2 years ago.

After a 43-year wait, Paul McCartney performed his first concert in Tel Aviv, kicking it off with the Beatles’ song “Hello, Goodbye” to the joy of tens of thousands of cheering fans.

Jay-Z started a two-week run at No.1 on the US album charts with ‘The Blueprint 3’, the rappers eleventh studio album.

In a poll by the BBC, the theme from Star Wars was voted Britain’s favorite film soundtrack, followed by “The Good, The Bad and the Ugly” and “West Side Story”.

Universal, Warner Brothers, Sony and several other record labels filed a law suit against the operators of YouTube-mp3.org, a service that allowed its users to remove audio from videos streamed on YouTube. The court action, launched against a German company, alleged that “tens, or even hundreds, of millions of tracks are illegally copied and distributed by stream ripping services each month.” 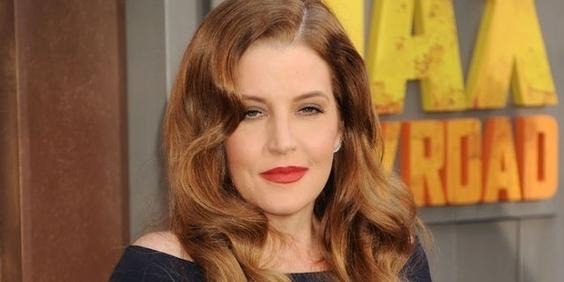 Lisa Marie Presley Scores Small Victory in $100M Battle Over Elvis Presley Inheritance
Lisa Marie Presley is currently in the midst of a legal battle with her ex-business manager, and the 51-year-old earned a victory in a recent hearing when a judge agreed to Presley’s motion seeking to shut down subpoenas relating to her bank records.Court documents obtained by The Blast show that […] 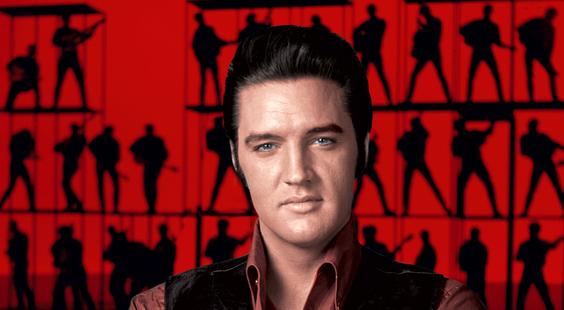 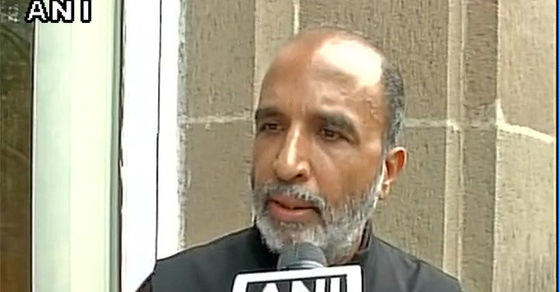 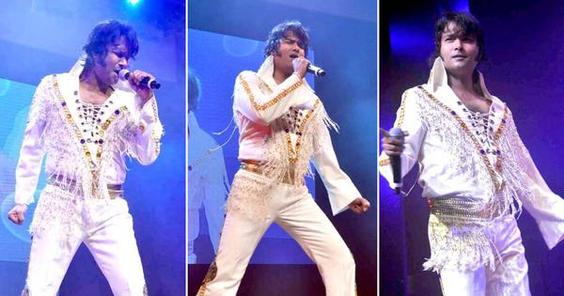 Video: Trump thinks Modi is a version of Elvis Presley, and so does this Indian Presley impersonator
The American president made his remark at a joint media conference.