Give us this day, September 18, our daily Elvis

The Presley family moved to the Mississippi Gulf Coast, May 15 to June 20, Returning to Tupelo.

For the first of two nights in New York City, Ernest Tubb with “his entire Grand Ole Opry show from Nashville, Tenn.” and Minnie Pearl performed for sold-out audiences in the first country music shows ever presented at Carnegie Hall.

Elvis worked for MARL Metal Products, a furniture manufacturer – He worked the 3:00 PM – 11:00 PM shift as an assembler.

Elvis performed at the Eagle’s Nest, Memphis. The other act was Tiny Dixon Band

The Sunday night program on CBS-TV that had been called “The Toast of the Town” since 1948 was formally renamed “The Ed Sullivan Show.”

Also on the bill: The Louvin Brothers and Cowboy Copas

A fight broke out during a Fats Domino concert at the Naval base in Newport, Rhode Island, where several are injured and arrested. Rock and Roll music would be banned at the club for a month.

Vernon Presley sent Scotty and Bill their final payment. Their resignation was accepted as of September 21.

The Presleys lived at  Graceland.

The Presleys live in  a rented house off base.

Teen idol Frankie Avalon turned 21 and became legally eligible to claim the more than $600,000 he earned while underage.

Bobby Vee scores his third US Top Ten hit and his only number one with “Take Good Care Of My Baby”. The song reached #3 on the UK chart.

15 year old English actress Hayley Mills sees her US debut recording “Let’s Get Together” enter the Billboard charts, where it will reach #8. Concentrating mostly on her film career, she would have just one more hit next year when “Johnny Jingo” reached #21.

It Happened at the World’s Fair

The Patty Duke Show premiered on ABC-TV.  It would last three seasons.

The Beatles performed at Dallas Memorial Auditorium in Texas.

James Brown reigned on the R&B chart for the sixth week with “Papa’s Got A Brand New Bag Part 1”.

The Beatles made it three consecutive weeks at #1 with “Help!”.  Barry McGuire edged up one spot closer with “Eve Of Destruction” while Bob Dylan slipped with “Like A Rolling Stone”.  We Five had “You Were On My Mind” and the Dave Clark Five moved from 13-5 with “Catch Us If You Can”.  The rest of the Top 10:  The instrumental “The ‘In’ Crowd” from the Ramsey Lewis Trio, the McCoys slipped into the Top 10 with “Hang On Sloopy”, the Turtles were moving slower with “It Ain’t Me Babe”, Sonny & Cher’s “I Got You Babe” came in ninth and the Yardbirds reached the list with “Heart Full Of Soul”.

The Doors and the Seeds (“Pushin’ Too Hard”) were in concert at Bido Lito’s in Hollywood, California.

The Who’s single “Magic Bus” was released in the U.K.

Elvis spent most of September in Palm Springs.

Tiny Tim announced on “The Tonight Show” to Johnny Carson his engagement to Miss Vicki Budinger. Carson asked the two to be married on the show. They made TV history with the wedding on December 17, 1969.

Freda Payne tops the UK chart for the first of six weeks with “Band Of Gold”, a song that she was reluctant to record because she thought it was more appropriate for a much younger woman. The record would go on to reach #3 in America and sell over a million copies.

After scoring twelve US number one hits with The Supremes, Diana Ross has her first solo US chart topper with “Ain’t No Mountain High Enough”. It made #6 in the UK.

27 year old Rock legend Jimi Hendrix died in Kensington, London, England. He was in an ambulance after taking too many sleeping pills when he choked to death on his own vomit and was pronounced D.O.A. at the hospital. Hendrix had left a message on his manager’s answering phone earlier in the evening–“I need help man.” His death was ruled an accident, but in 1993 an investigation was re-opened by Scotland Yard. When no new evidence was unearthed, the matter was dropped.

The Who scored their first and only UK No.1 album with Who’s Next, the bands sixth LP release, featuring ‘Won’t Get Fooled Again’. Cover artwork shows a photograph, taken at Easington Colliery, of the band apparently having just urinated on a large concrete piling. According to photographer Ethan Russell, most of the members were unable to urinate, so rainwater was tipped from an empty film canister to achieve the desired effect.

Bobby Sherman‘s TV sitcom Getting’ Together premieres on ABC. It would be cancelled after just 14 episodes.

Joan Baez remained on top of the Easy Listening chart for the third week with “The Night They Drove Ol’ Dixie Down”.

Stanley, Idaho’s Carole King dominated the Album chart once again as Tapestry was #1 for the 14th week in a row.  The Moody Blues remained in the runner-up spot with Every Good Boy Deserves Favour and Rod Stewart was next with Every Picture Tells a Story.  Who’s Next was next followed by Ram from Paul & Linda McCartney.  The rest of the Top 10:  The self-titled Carpenters, Mud Slide Slim and the Blue Horizon by James Taylor, the Soundtrack to “Shaft” by Isaac Hayes, Black Sabbath with Master of Reality and the epic What’s Going On by Marvin Gaye.

The Who, the Faces, Mott the Hoople and Lindisfarne performed at Goodbye Summer, a fundraiser for famine victims of Bangla Desh, at the Oval Cricket Ground in Kennington, London.

Newcomer Wild Cherry reached #1 with “Play That Funky Music”, meaning K.C. and the Sunshine Band had a short stay at the top with “(Shake, Shake, Shake) Shake Your Booty”.  England Dan & John Ford Coley were up with “I’d Really Love To See You Tonight”.  Walter Murphy had song #4 with “A Fifth Of Beethoven” while Lou Rawls dropped after peaking at #2 with “You’ll Never Find Another Love Like Mine”.  The rest of the Top 10:  “Lowdown”, the great song from Boz Scaggs, Cliff Richard, who had enjoyed dozens of hits in his native England, notched his first big hit with “Devil Woman”, War’s ode to “Summer” came in eighth, Chicago registered their 11th Top 10 with “If You Leave Me Now” and the Bee Gees’ former #1 “You Should Be Dancing” came in #10.

One Hit Wonders Wild Cherry started a three week run at No.1 on the US singles chart with ‘Play That Funky Music’. The song started life as a B-side. It was the group’s only hit in the UK which peaked at No.7.  It was the first of five chart singles for the band who took their name from a box of cough drops.

Olivia Newton-John set a chart record that still stands when “Don’t Stop Believin'” hit #1 on the Easy Listening chart.  That gave the incredible Australian songstress seven consecutive #1 songs in that format, surpassing the record of six set by fellow Australian Helen Reddy in 1975 and equaled by the Carpenters in 1976.

“Heartache Tonight” by the Eagles was released.

The Paradise Club in Amsterdam hosted a two-day festival to celebrate the life of Jimi Hendrix on the 10th anniversary of his death.  1,100 fans showed up each night.

The seven-minute epic by Dire Straits ‘Private Investigations’ went to No.2 on the UK singles chart, held off No.1 by survivors ‘Eye Of The Tiger’.

Chicago landed at #1 for a second week with “Hard To Say I’m Sorry”, holding off “Abracadabra” by the Steve Miller Band for the moment.  Survivor’s #1 smash “Eye Of The Tiger” was third and John Cougar (Mellencamp) was on a roll with “Jack & Diane”.  Melissa Manchester was up to 5 with “You Should Hear How She Talks About You”.  The rest of the Top 10:  Air Supply and “Even the Nights Are Better”, Fleetwood Mac’s “Hold Me”, John Cougar (Mellencamp’s) “Hurts So Good”, the Alan Parsons Project and the great “Eye In The Sky” and Sir Paul McCartney was at #10 with “Take It Away”.

KISS appeared without their ‘make-up’ for the first time during an interview on MTV promoting the release of their newest album, Lick It Up.

Garth Brooks went to No.1 on the US album chart with ‘In Pieces’. The album spent 25 weeks on the chart and sold over 6m copies. The album peaked at No.2 on the UK chart.

Meat Loaf went to No.1 on the UK album chart for the first of five times with Bat Out Of Hell II.

Competition was so weak on the Album chart that two albums were able to debut at #1 and #2.  Garth Brooks grabbed the top spot with In Pieces while Mariah Carey moved right in to #2 with Music Box.  Billy Joel took a back seat with River of Dreams while Blind Melon fell to #4.  The rest of the Top 10:  The Soundtrack to “Sleepless in Seattle”, Janet from Janet Jackson, Core by Stone Temple Pilots, Black Sunday was #8 from Cypress Hill, UB40 had Promises and Lies while “The Bodyguard” Soundtrack slipped to #10.  And those were the 10 best, mind you.

At Sotheby’s in London, Julian Lennon successfully bids just over $39,000 for the recording notes for a song that Paul McCartney wrote for him, “Hey Jude”. At the same event, John Lennon’s scribbled lyrics to “Being For The Benefit Of Mr. Kite” sold for $103,500.

Reba McEntire received a star on the Hollywood Walk of Fame.

Bon Jovi performed at the Shepherd’s Bush Empire in London. More than 375,000 people viewed the live Web cast of the show.

Britney Spears and Kevin Federline were married. The legal documents were not filed until early October.

Sir Cliff Richard unveiled a plaque to mark a tiny basement said to be the birthplace of British rock and roll, fifty years after the “2 i’s” coffee bar opened in London’s Old Compton Street. The Tornados, Tommy Steele, The Shadows and Adam Faith were among stars who started out at the club.

73 year old country singer Willie Nelson and four members from his band were charged with drug possession after marijuana and magic mushrooms were found by police on his tour bus. Police had stopped the tour bus near Lafayette, Louisiana.

Britney Spears was dropped by her management company one month after she hired them.  Seller’s remorse.

Tommy James was given a day in his honor in Morristown, New Jersey prior to a concert by Tommy James & the Shondells that night at the Community Theatre.

American singer-songwriter Taylor Swift was at no.1 on the US singles chart with ‘Shake It Off’.

The Who was forced to postpone all 50 dates of The Who Hits 50! tour because lead singer Roger Daltrey had contracted viral meningitis. Plans were made to reschedule for the Spring of 2016.

A tune called “Love Song to the Earth”, billed as by Paul McCartney & Various Artists, debuted on Billboard’s Pop Digital Songs chart at #36 with 11,000 first-week downloads.

71-year-old Jann Wenner, who co-founded Rolling Stone magazine in 1967, officially put the publication up for sale, saying “it’s time for young people to run it.” 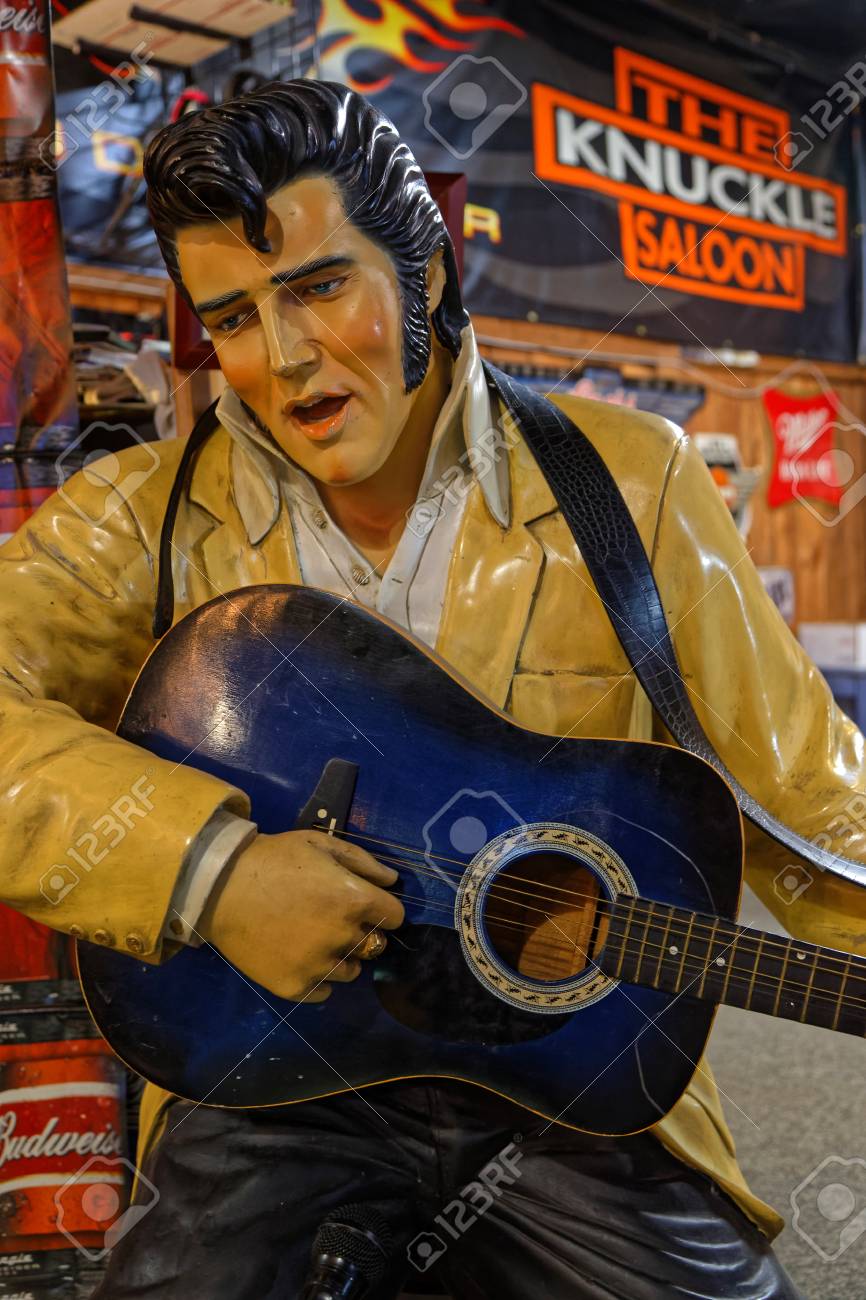 Priscilla Presley Gushes Over 10-Year-Old Granddaughters in Update About Lisa Marie’s Twins
Amid an ongoing legal battle with her old manager seeking information on exactly how much money is left in the Elvis Presley inheritance, Lisa Marie Presley’s mother Priscilla Presley is sharing an update on her 10-year-old granddaughters, Harper and Finley.While speaking to Us Weekly, Priscilla […]
popculture.com

Lisa Marie Presley Accuses Ex-Manager of Harassing Her Over Elvis Money in $100 Million Battle
She’s back in court.

Give us this Day: The Daily Elvis Break Down (sept 17)