Give us this day, May 9, our daily Elvis

Ventriloquist Edgar Bergen and his dummy Charlie McCarthy started their own radio show on NBC, just a few months after they made their debut and were a big hit on Rudy Vallee’s radio program. Under various sponsors and two different networks, the show continued on the air until July 1, 1956.

Billy Ward & the Dominoes’ “These Foolish Things” was released. It became their ninth Top 10 R&B hit (#5) in three years.

Elvis delivered supplies to job sites for  Crown Electric for $1.00 an hour.

Variety’s Reviews of Elvis Presley Records in the Fifties

Elvis Presley: “I Want You, I Need You, I Love You”-“My Baby left Me” (RCA Victor). The current phenom of the music biz, Elvis Presley probably could have a hit if his name were on a blank disk. This coupling is sure of a big ride even though the material is not up to the level of his “Heartbreak Hotel” smash. “I Want You” is a slow ballad with a strong beat and Presley belts it with his identifying vocalisthenics. Flip, in a traditional blues vein, also gets an energetic workout. Elvis returned to radio Recorders to complete the work on the Jailhouse Rock soundtrack from 1.00 to 4.15 p.m.

Disc Jockey Alan Freed quit radio station WINS in New York City after they refused to stand behind him in the wake of recent charges of inciting a riot at a Boston concert. In Hershey, Pennsylvania on that same day, Freed debuted his new package tour that starred Chuck Berry, Buddy Holly, Jerry Lee Lewis, Frankie Lymon and The Teenagers, Danny & the Juniors, Screamin’ Jay Hawkins, Larry Williams, and The Chantels.

Richard Burton made his American television debut in a “DuPont Show of the Month” presentation of “Wuthering Heights” on CBS, co-starring Patty Duke, John Colicos, and Rosemary Harris.

16 year-old Wayne Newton made his Las Vegas debut at the Freemont Hotel. That first booking, scheduled to last two weeks, stretched into three years. Newton went on to become the king of the Vegas showrooms, earning close to $20-million a year.

The U.S. became the first country to use the oral birth control pill legally.

The great instrumental “White Silver Sands” by Bill Black’s Combo was #1 for the third out of four weeks on the R&B chart.

Elvis Presley held on to #1 for a third week with “Stuck On You”.  Incredibly, it was Elvis’s 74th week at #1 in his career.  All this in just five years.

In RCA Studio B in Nashville, Ann-Margret recorded “I Just Don’t Understand,” which became her only Top 40 hit, peaking at #17 on theBillboard Hot 100 singles chart.

Brian Epstein met with EMI producer George Martin who signed the Beatles to record demos on June 4, 1962. It was the Beatles’ first recording contract.

Gene Vincent and the Shouts appeared at The Rhodes Centre, Bishop’s Gate, England. The poster advertised that the first 50 girls would be admitted free; tickets cost six shillings and six pence, ($0.94).

Chuck Berry began his first British tour, performing with the Animals, the Nashville Teens, the Swinging Blue Jeans, and others at the Astoria Theater, Finsbury Park, London.

“Hello, Dolly!” by Louis Armstrong ended the Beatles’ 14-week monopoly at #1.  The Beatles were still second with “Do You Want to Know A Secret”.  Mary Wells moved up with “My Guy”, leapfrogging “Bits And Pieces” from the Dave Clark Five, while the Beatles’ former #1–“Can’t Buy Me Love”, was fifth.

The Beatles’ Second Album continued to top the chart with Meet the Beatles! coming in second.  Hello, Dolly! remained at #3, the Dave Clark Five moved up to #4 with Glad All Over and Al Hirt had the fifth-biggest album with Honey in the Horn.

During a UK tour Bob Dylan played the first of two sold out nights at London’s Royal Albert Hall. All four members of The Beatles, the Rolling Stones, Donovan, and Marianne Faithfull. were in the audience.

The Doors played at the Whisky A Go Go, West Hollywood, California auditioning for the position of the venue’s house band.

The Righteous Brothers’ single “(You’re My) Soul And Inspiration” was certified Gold.

Sandy Shaw had the #1 record in the U.K. with “Puppet On A String”.

While on their North American Tommy tour, the Who played the first of three nights at the Grande Ballroom in Detroit.

The Guess Who scored their only #1 song with “American Woman”/”No Sugar Tonight”.  “ABC” by the Jackson 5 slipped to #2 while the Beatles were at #3 with “Let It Be”.

In Washington, DC, nearly 100,000 Vietnam War protesters staged a demonstration in front of the White House.

Backstage at Caesar’s Palace, or in Tom Jones’ suite in Las Vegas with Merv Griffin, Tom Jones and Norm Crosby on the evening of Sunday May 9, 1971

Mick Jagger added $150,000 of his own money to the $350,000 by The Rolling Stones January benefit concert for victims of the Nicaraguan earthquake.

Bob Dylan, Pete Seeger and Arlo Guthrie performed “Blowin In The Wind” and “Spanish Is The Loving Tongue” for a benefit concert for Chile at New York City’s Felt Forum.

Opening for Bonnie Raitt, Bruce Springsteen gave a two-hour performance at the Harvard Square Theatre in Cambridge, Massachusetts. Jon Landau, who would later become the manager and producer for Springsteen, famously said in Boston’s The Real Paper, “I saw the future of rock and roll and its name is Bruce Springsteen.”

Back home Elvis screened some movies at the General Cinema in Whitehaven.

Elvis closed out the Tahoe engagement with over 2 hours of show, then flew home to Memphis.

“Exceeding All Expectations – May 9, 1976 Closing Show” A Classic Bootleg review by Javilu

Outside Graceland, fans protest over the sentence of Treatise Wheeler who drove his car into the Elvis Mourners on August 18, 1977, striking Alice Marie Hovatar, Juanita Joanne Johnson and Tammy Baiter  in the crowd. Hovatar and Johnson were mangled beyond recognition, while Wheeler was apprehended by police on scene.

Elvis Presley’s single “Lovin’ Arms” hit #47 in the U.K. From Presley’s posthumous album Guitar Man and was released as the second single from it, with “You Asked Me To” on the side B. In the UK the song spent 6 weeks on the singles chart, peaking at number 47 for the week of April 14. In the United States the single charted as a double-A-side (“Lovin’ Arms / You Asked Me To”) on the Billboard Hot Country Singles chart, peaking at number 8 on the week on June 20. Called “9 to 5” in Europe, Dolly Parton sued Sheena Easton for the song title in the US,  thus “Morning Train” by Sheena Easton remained at #1 on the Adult Contemporary chart.

Nudie Cohn, who designed decorative rhinestone-covered suits and other elaborate outfits for some of the most famous celebrities of his era, died at the age of 81.

Starship started a four-week run at No.1 on the UK singles chart with a song co-written by Albert Hammond and Diane Warren, ‘Nothing’s Gonna Stop Us Now.’ At 48, it made lead singer Grace Slick the oldest female to reach No.1 on the UK chart, (later broken by Cher’s ‘Believe’ in 1999).

Several US department stores refuse to stock the newly released Prince album “Lovesexy” because of its cover photo, which features a nude picture of him.

Irish singer Sinead O’Connor refuses to perform on NBC-TV’s Saturday Night Live after shock comedian Andrew Dice Clay is named as host. Two years later, O’Connor would do some shocking of her own when she ripped up a picture of the Pope on the same show, sending her career into ruins.

Rapper Snoopy Dog made his chart debut with “Deep Cover,” reaching #46. The recording actually read, “Dr. Dre Introducing Snoop Doggy Dog,” and was from the film of the same name. Dog would go on to become one of gangsta rap’s icons with forty-four R&B charters through 2003.

Brian Wilson, genius of the Beach Boys, began to make a remarkable comeback from mental illness when he performed his first-ever solo concert at the Norris Cultural Center in St. Charles, Illinois.

The Soundtrack to “Titanic” was #1 on the Album chart for the 16th week in a row with One Step at a Time from George Strait and another soundtrack,City of Angels close behind.  Let’s Talk About Love by Celine Dion was #4 followed by the great debut from Savage Garden that held down #5. 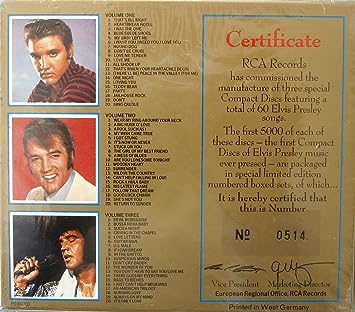 David Bowie’s latest video, which starred Gary Oldman and Marion Cotillard, was temporarily pulled from YouTube over its graphic content. “The Next Day” featured heavy religious imagery, including Cotillard bleeding from stigmata marks. The video sees Bowie performing in a basement bar, surrounded by religious figures, while Oldman, dressed as a priest, punches a beggar before dancing with a prostitute, played by Oscar-winner Cotillard. YouTube admitted making the “wrong call” in removing the video, and reinstated it with an adult content warning. 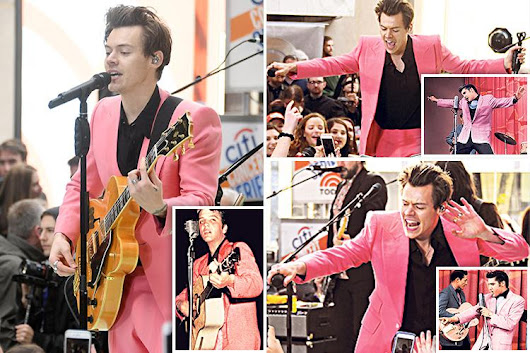 Little Richard interview: ‘If I had been white, there never would …